For the collection that started with this diary-cum-list but was triggered by Putin’s war on the Ukrainian people in February 2002, jump here.

I’m one of those people who needs music when I work. I choose familiar music that I don’t need to actively listen to. It cuts out extraneous and distracting sounds such as people outside chatting, cars driving by, planes passing overhead.

This following list is the music I’ve been listening to while working on my latest (2022) novel The Assumption. I’m happy to chat more about each and every piece.

The Assumption – the Music (Newest first) 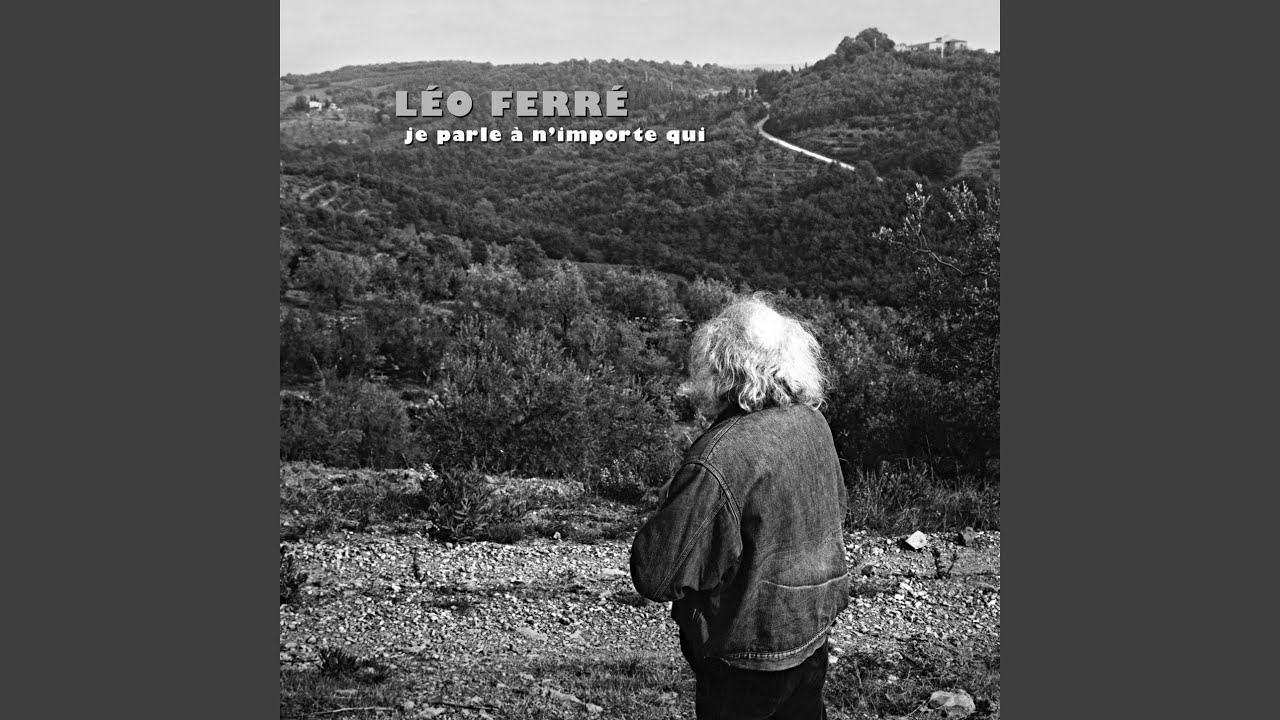 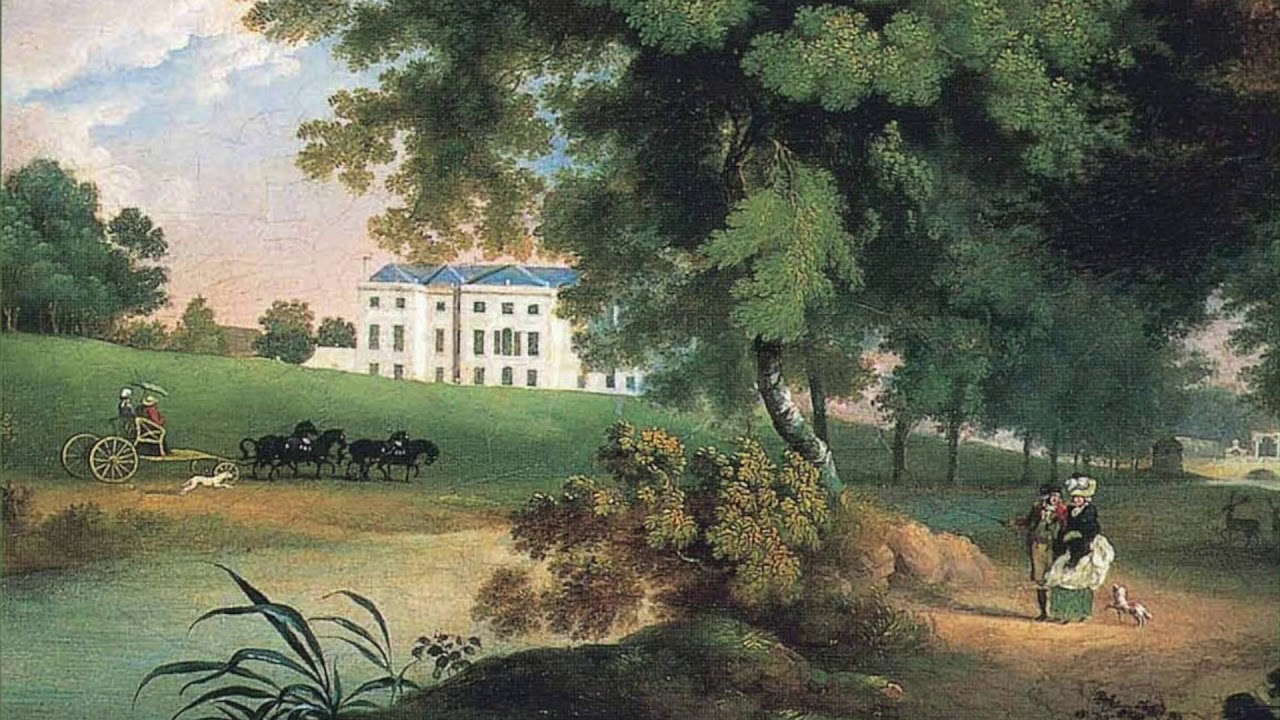 I’ve applied for Irish naturalisation based on my grandma being born in Dublin (I never met her, she died in her twenties). So here’s a lot of absolutely beautiful nocturnes from Irishman John Field, who is noted at the composer how invented the nocturne. A lovely way to calm yourself during this time of wars and pandemics.

You should also treat yourself to finding out more about John Field – my goodness did he have a life!

Schönberg’s short, beautiful and also unsettling cantata tells the story in music and verse of a survivor of the Warsaw Ghetto under the Nazis. It ends with reference to the Jewish prayer of Shema Yisrael.

Even for grizzled, sad old atheists like me, with nothing to look forward to but death, The Staples Singers’ gospel is beautiful, funky, bluesy and nearly enough to make me think that religion is all entirely bunkum snail oil rot.

Folk, especially English folks, is definitely not my preferred genre of music. But with a line-up of Jacqui McShee (vocals), John Renbourn (vocals and guitar), Bert Jansch (vocals and guitar), Danny Thompson (double bass), and Terry Cox (drums) you’ve got to be pretty musically closed minded not to give at least one track a listen. 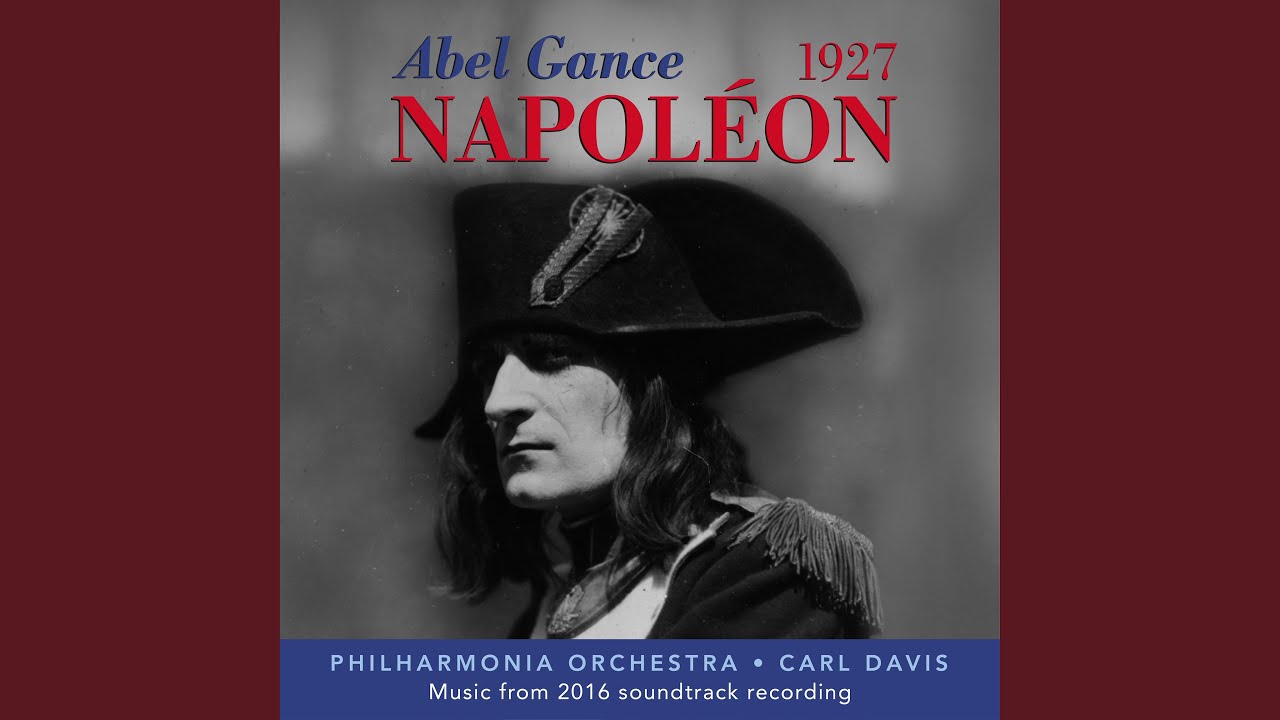 I think I heard and saw this for the first time in 1980 on a wet Sunday afternoon at the Rio cinema in Dalston, London. Bloody wonderful. 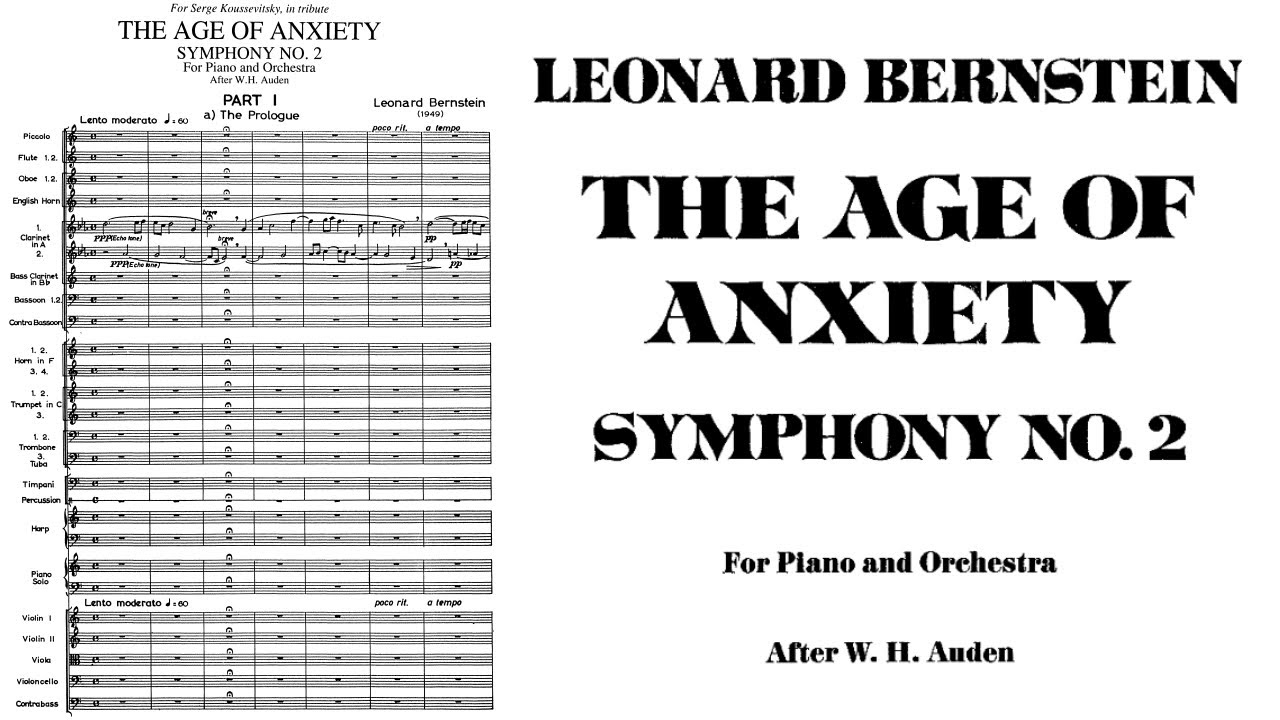 First time I heard this was on a derided 1991 compilation album that has since gone on to become a top three LP for me; a constant comfort and companion. I understand that it originally came out on 1980’s Showcase in a Suitcase and is co-credited with Ashanti Roy. Either way, it’s lyrics are on the money.

Love is a generous thing

Cause each and every one desire love… 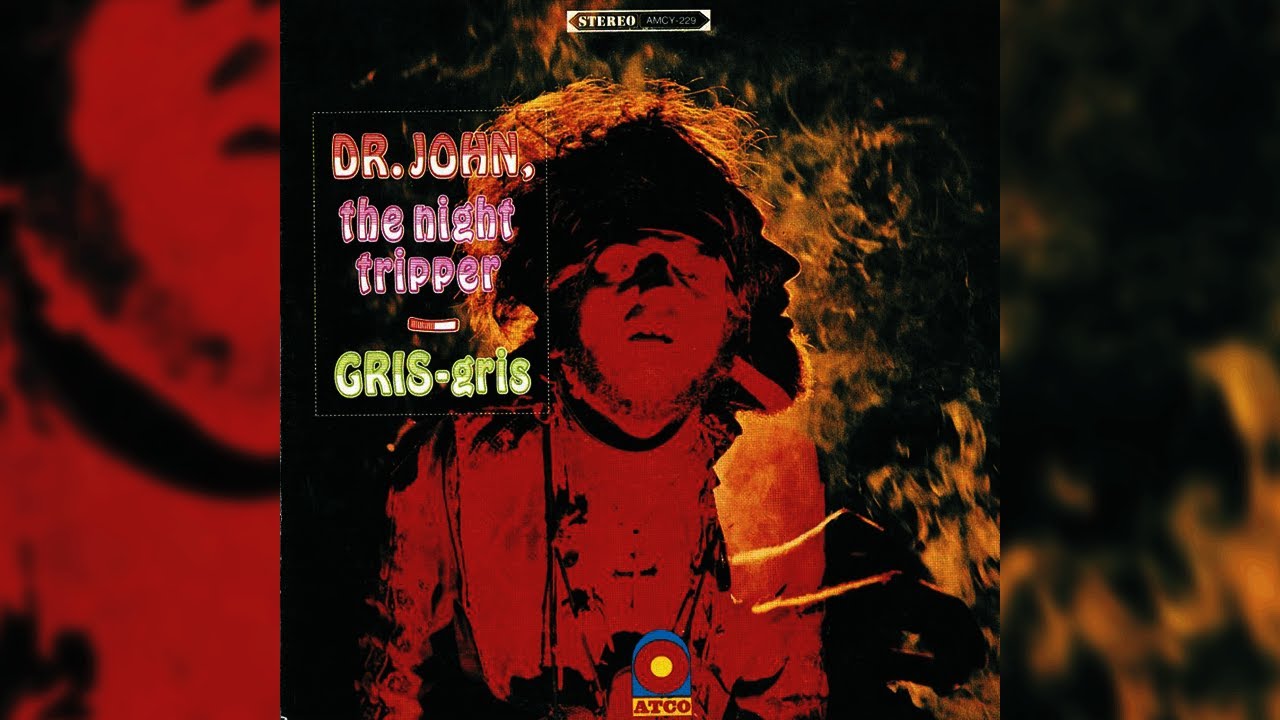 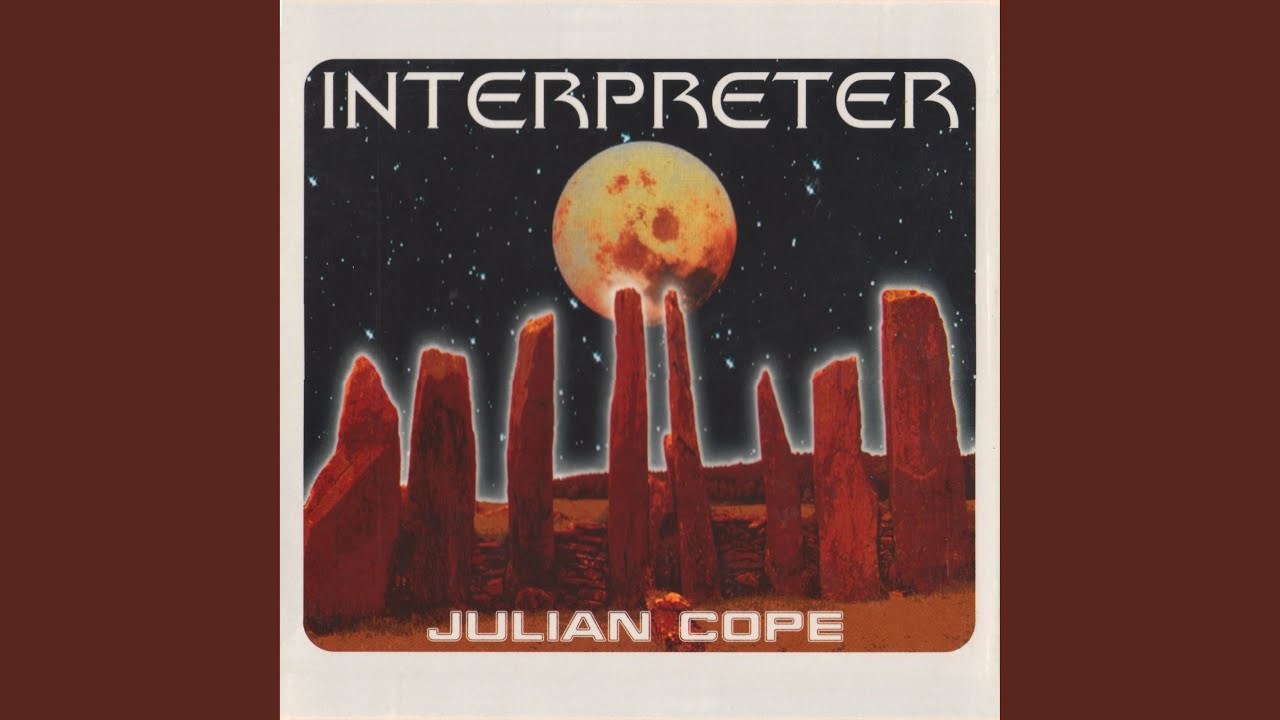 We played a Cope song at my daughter’s funeral. No matter how deliberately obscurantist he gets, I’ll always have a soft spot for Saint Julian.

A classic of English reggae from the LP Handsworth Revolution – an album that opened my ears to homegrown talent. 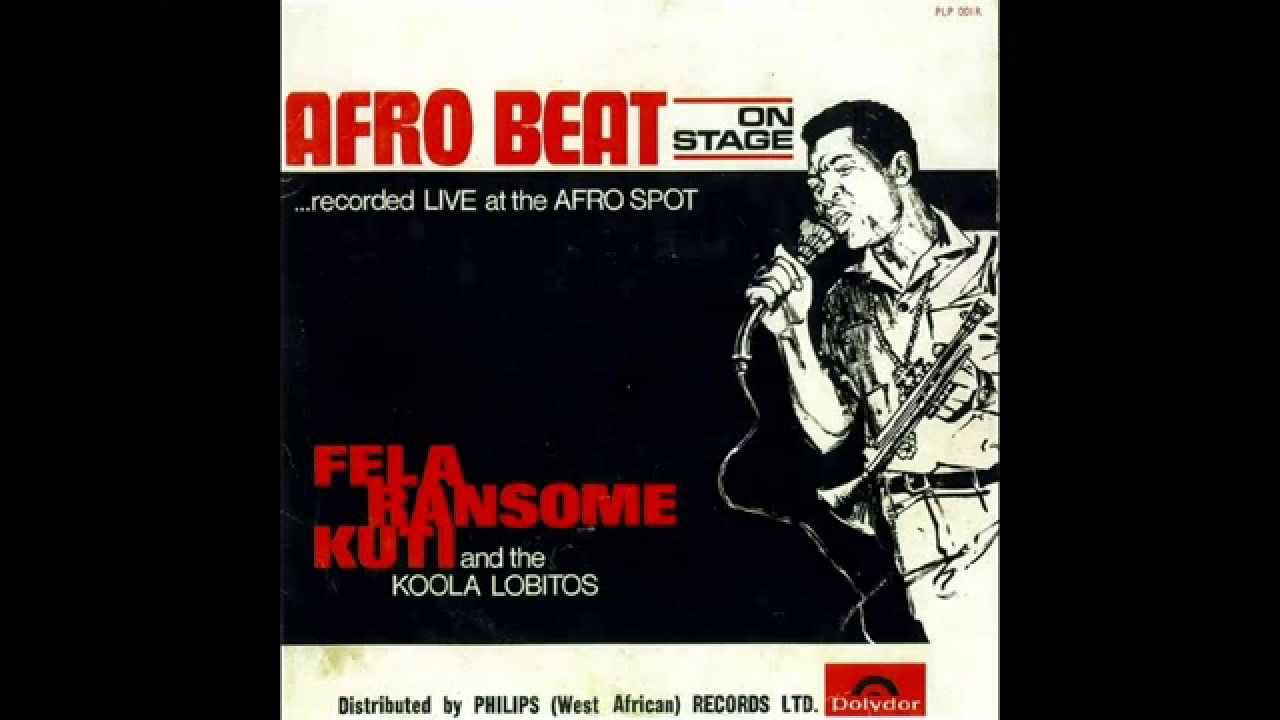 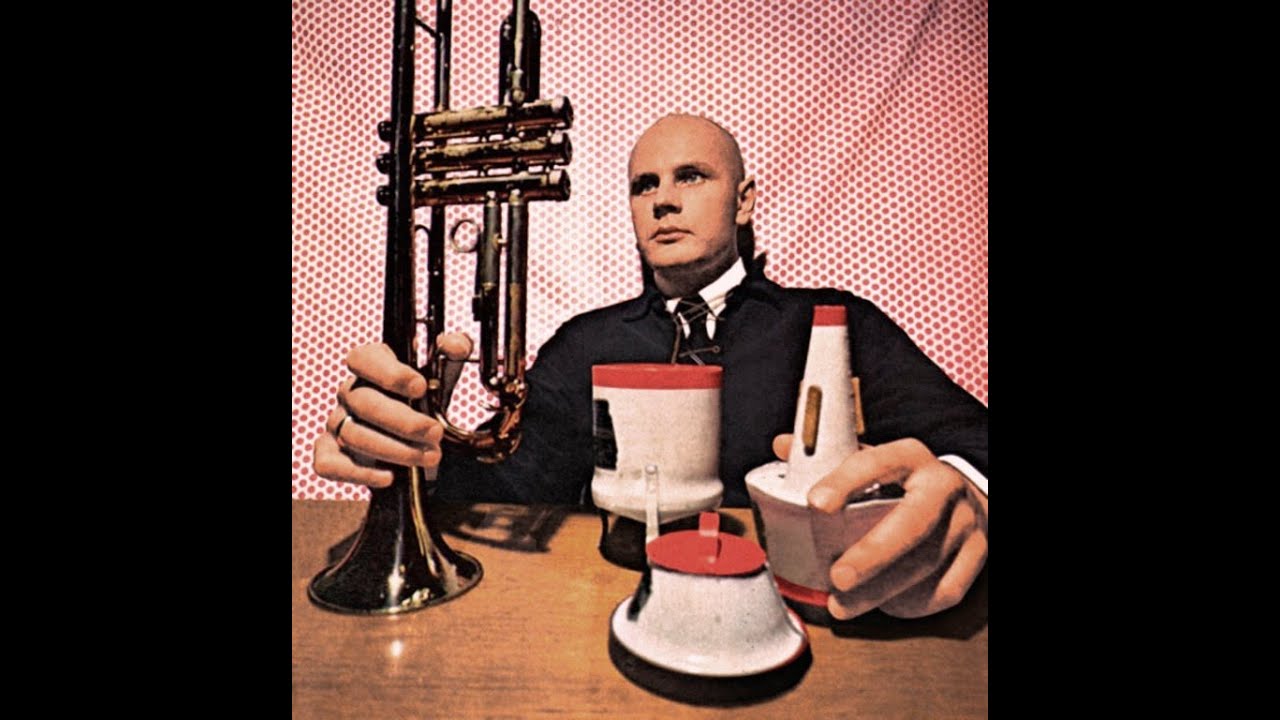 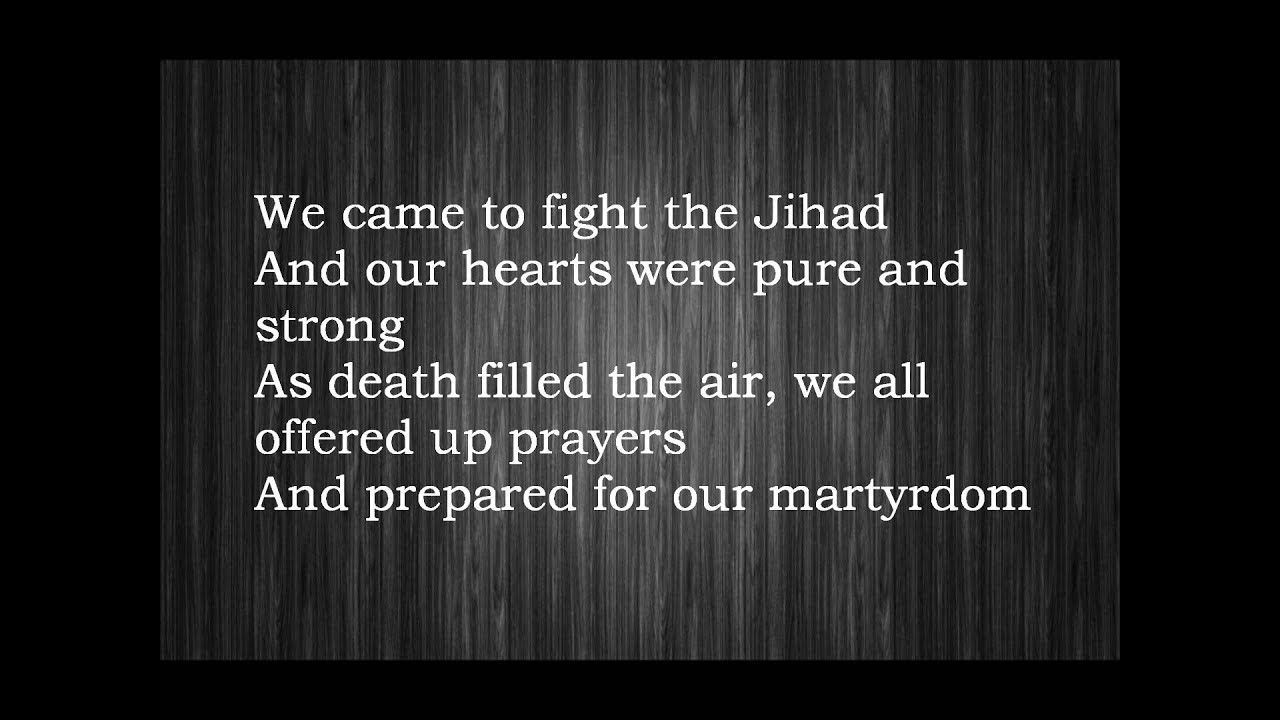 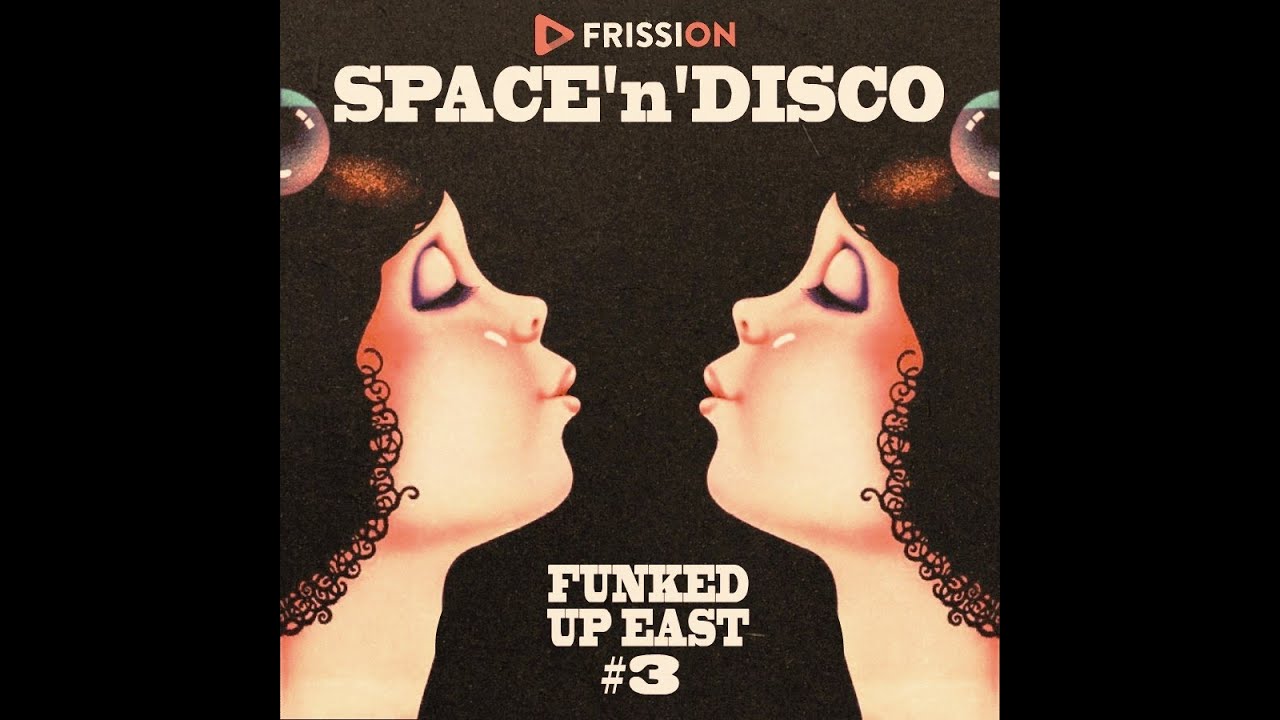 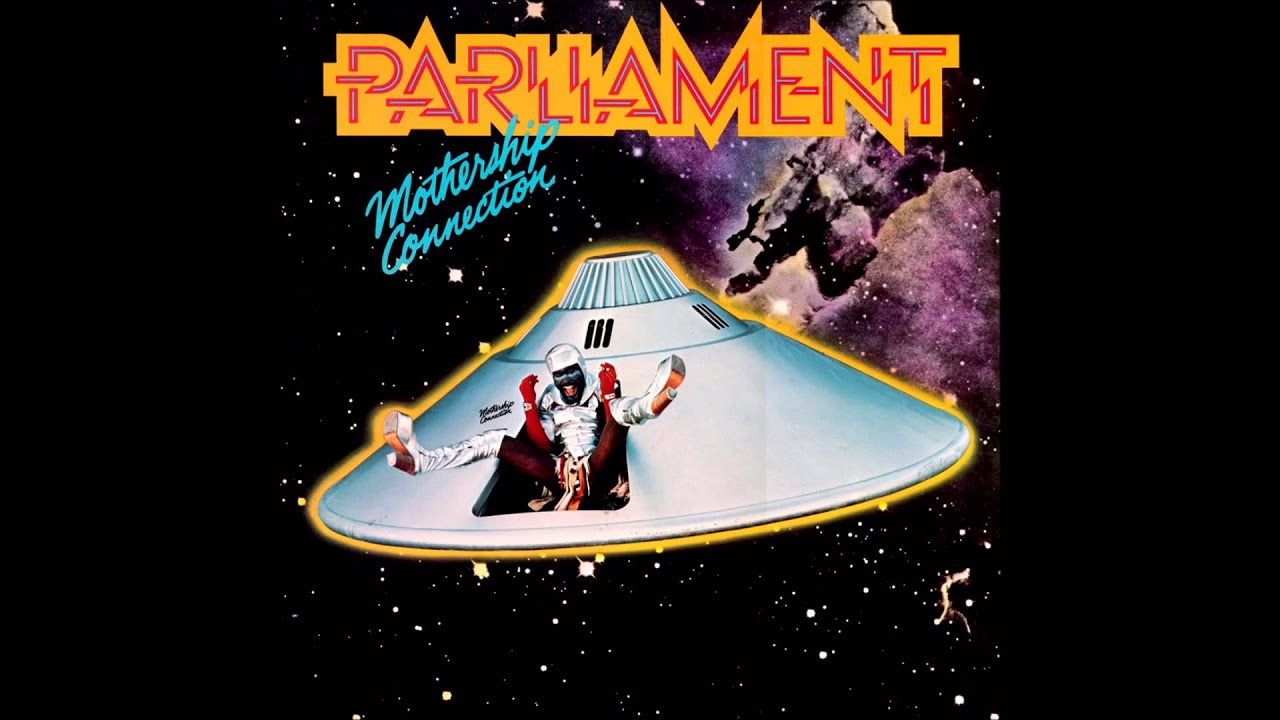 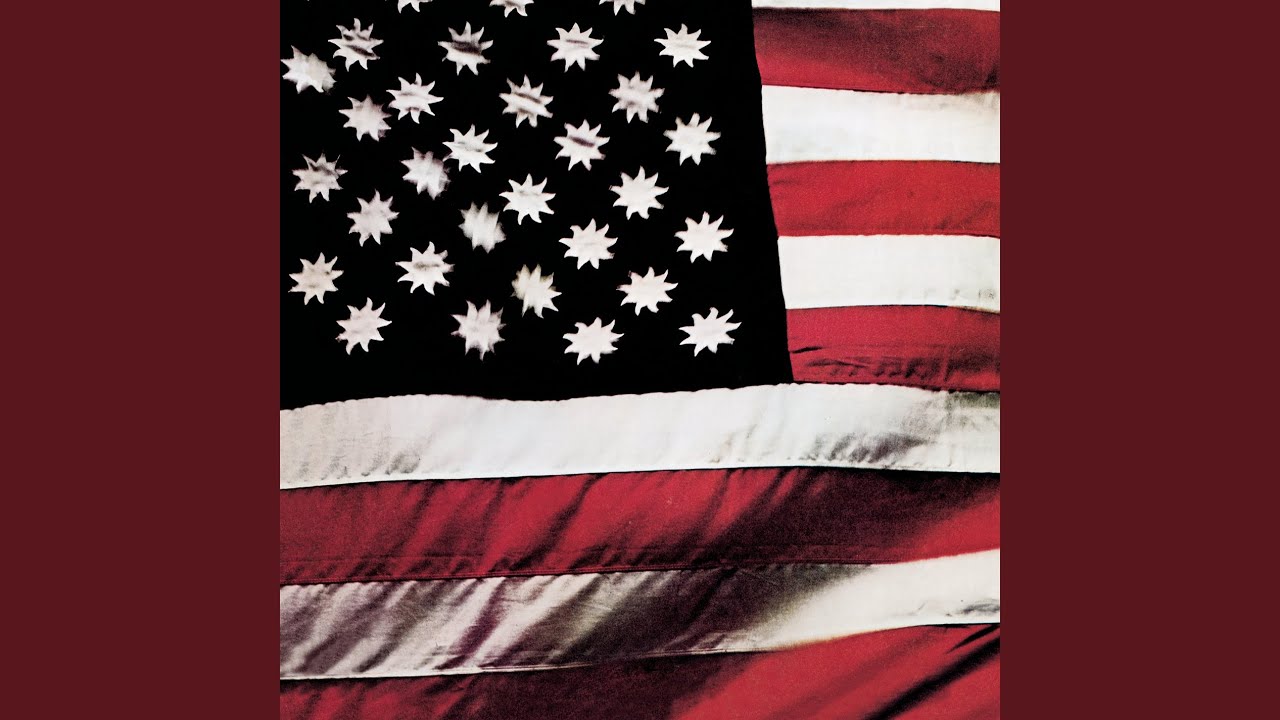 Although this list (there’s more above by the way) began as a diary of the music I have on in the background as I write the novel (The Assumption) it is also affected by major events in the world around me. Most notable among these being Putin’s War on Ukraine. 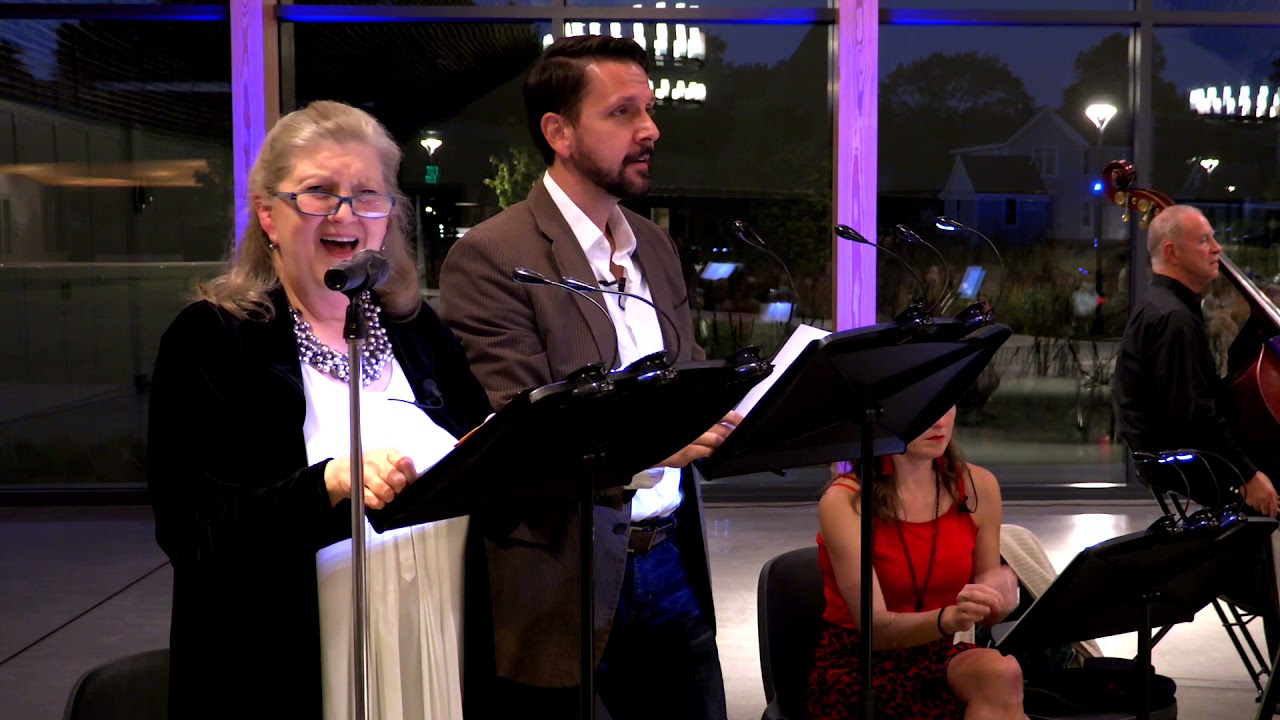 Igor’s take on the Russian folktale, The Soldier and Death aka The Runaway Soldier and the Devil, which I won’t spoil for you. It’s a goody though. The Polish/Ukrainian singer Irene Anders was frankly pretty bloody amazing. Among many honour, she received the Monte Cassino Commemorative Cross (“awarded to all soldiers of the Polish II Corps who fought in the battle of Monte Cassino and the battles for Piedimonte and Passo Corno”).

Crow, Wheels a poem by Lyuba Yakimchuk in response to the Russian-Ukrainian conflict of the mid-2010s translated from Ukrainian by Oksana Maksymchuk and Max Rosochinsky.

With huge thanks to Words without Borders.

When the city was destroyed,

they started fighting over the cemetery.

It was right before Easter

and wooden crosses over the freshly dug graves

put out their paper blossoms—

Joyful relatives poured vodka for themselves

and for the dead—straight into their graves.

and the relatives just kept pouring.

The celebration went on.

But at some point

a young man tripped over the stretchers

at the grave of his mother-in-law,

an old man stared into the sky

and found himself missing an eye,

and damaged the edging around his wife’s grave.

Glass fell at his feet

Now a live crow sits on top of a grave

instead of a gravestone.

rest at the cemetery nest of the Kolesnykiv family,

What are they to me, those wheels and that crow?

I can no longer remember. 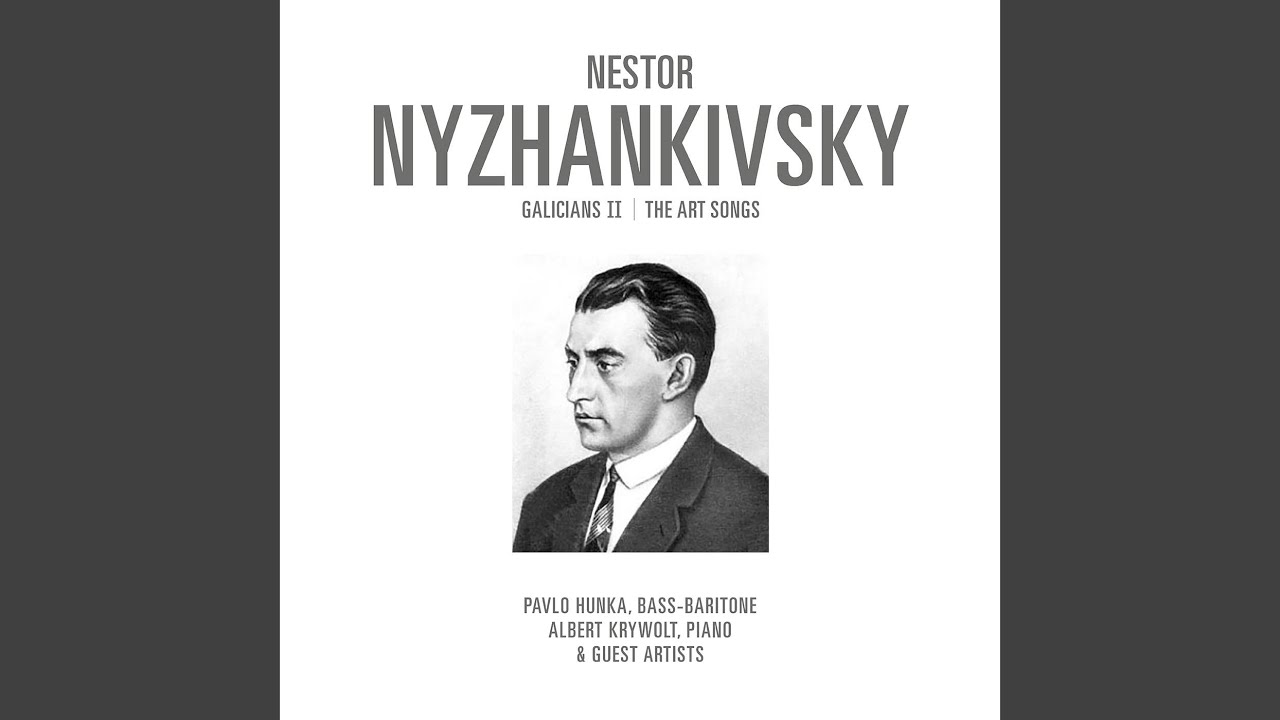 Nyzhankivsky was a Ukrainian composer who worked on Ukrainian Art Songs. He died in Poland in exile from the Soviet take-over of Galicia (Poland/Ukraine) in 1940.

According to the Ukrainian Art Song Project

Alexander Galich – Song About the General’s Daughter, or Karaganda

Galich was an anti-Soviet balladeer who was thought to have been executed by the KGB in Paris in 1974.

The song tells the story of a woman “who spent most of her childhood in the Karaganda prison camp and remained in the remote, barren town after her release. ref: Words without Borders

Starting with Hugo-Yugo and This is the End this bunch of Russian/Ukrainian post-punk is listenable as all get-out. Of course, many old school punks and post-punks will out that the bands and songs are highly derivative of Western artists: Peter Hook’s bass is influential for example; The Cure get a lot of look-ins too. I’m sure you can name many more – please do.

That’s true. That said, since when did derivation stop music making and enjoyment? Most music is theft one way or another. Anyway, I’m working my way through this lot of tunes trying to pin down details. As ever, any help with that is gratefully received. Use the contact form or find me on Twitter 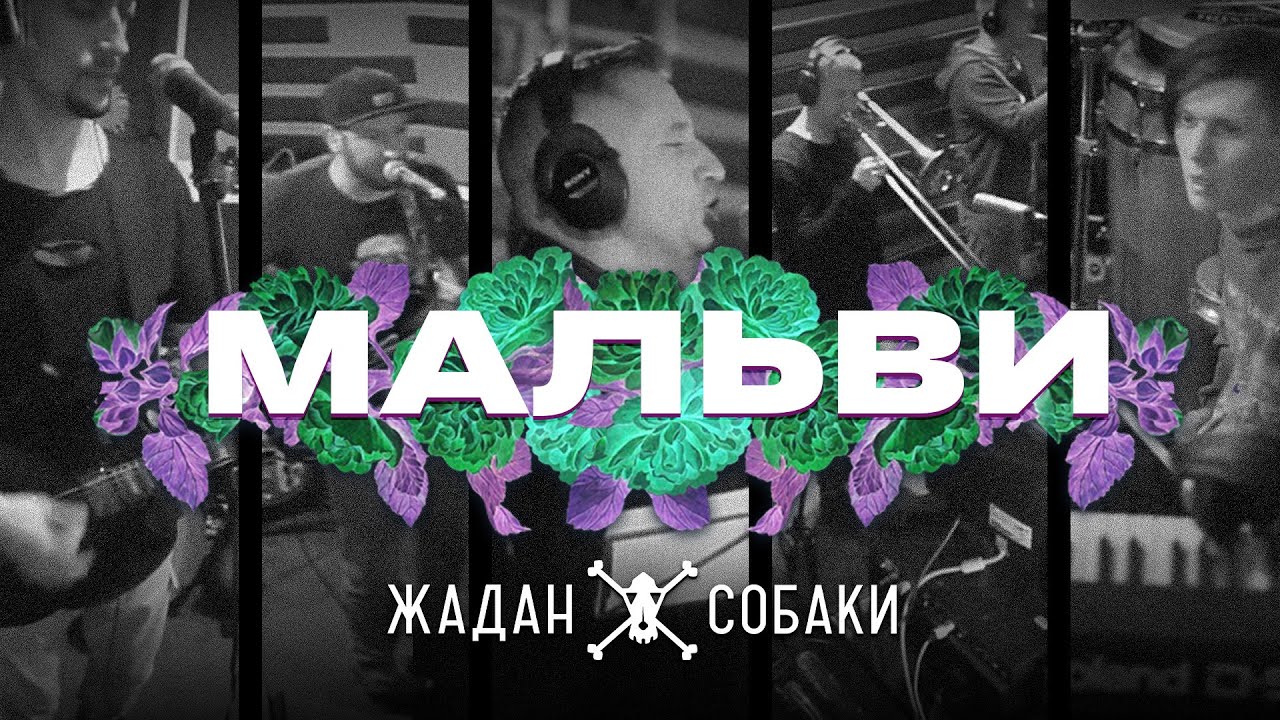 Yegor Letov and his band Grazhdanskaya Oborona (Civil Defence) were at the forefront of the Soviet and then post-Soviet music protest movement. Folk, punk, whatever musical weapon came to hand. This tune, “Everything is going to plan” mocks the concept of the Five Year plans beloved of the Soviet leadership to rage agains Russia’s war ambitions. Letov and his band made some incendiary and beautiful music that you can still get hold of today.

I’d recommend reading this piece, Raging in the cold: the Siberian punk who changed the face of Russian music for more on Letov et al.

Remember the the Eurovision song contest in 2005? This was its entry. Before that, however, it had been a key tune in Ukraine’s 2004 Orange Revolution. 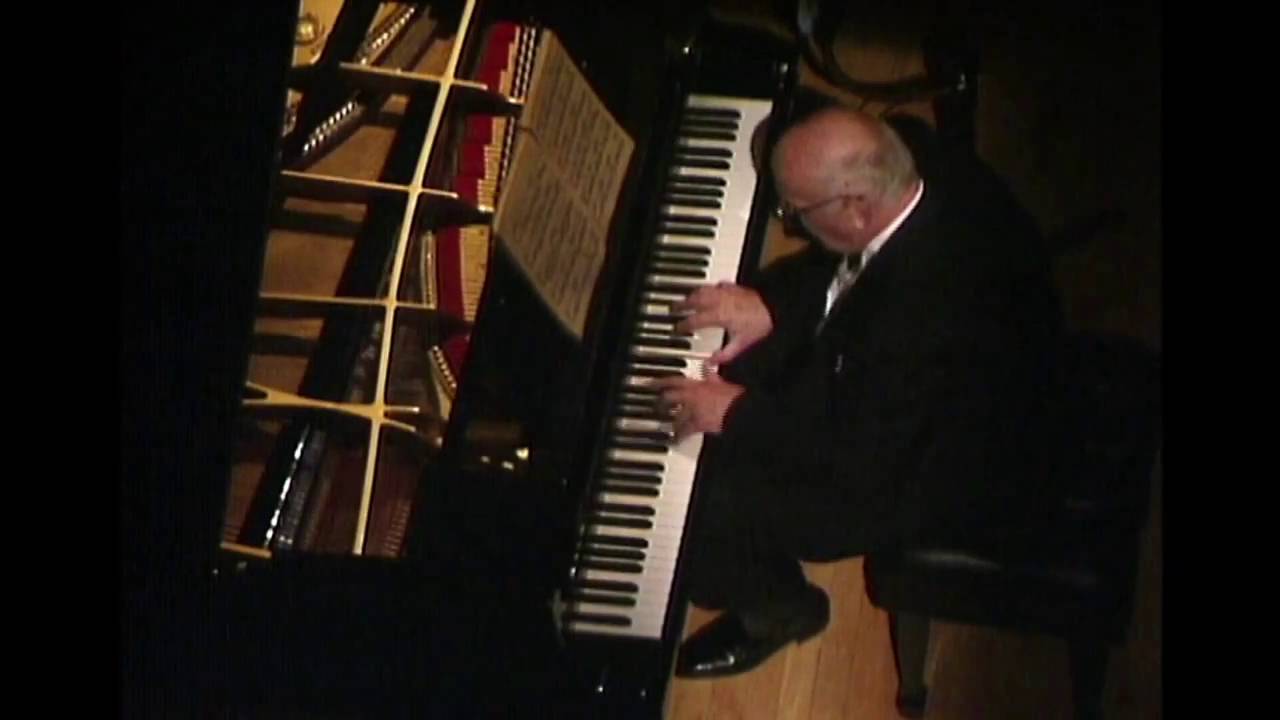 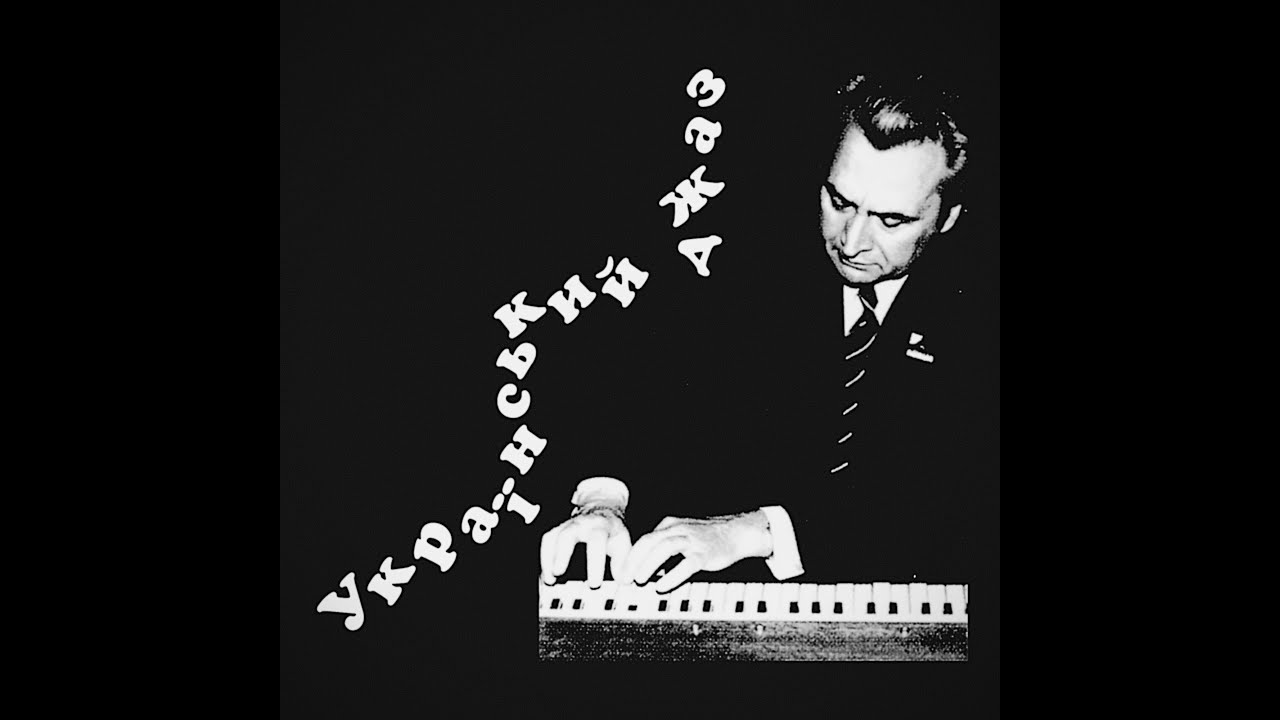 If anybody knowns anything more about Igor Kohma or his band ‘Medicus’, I would absolutely love to know. 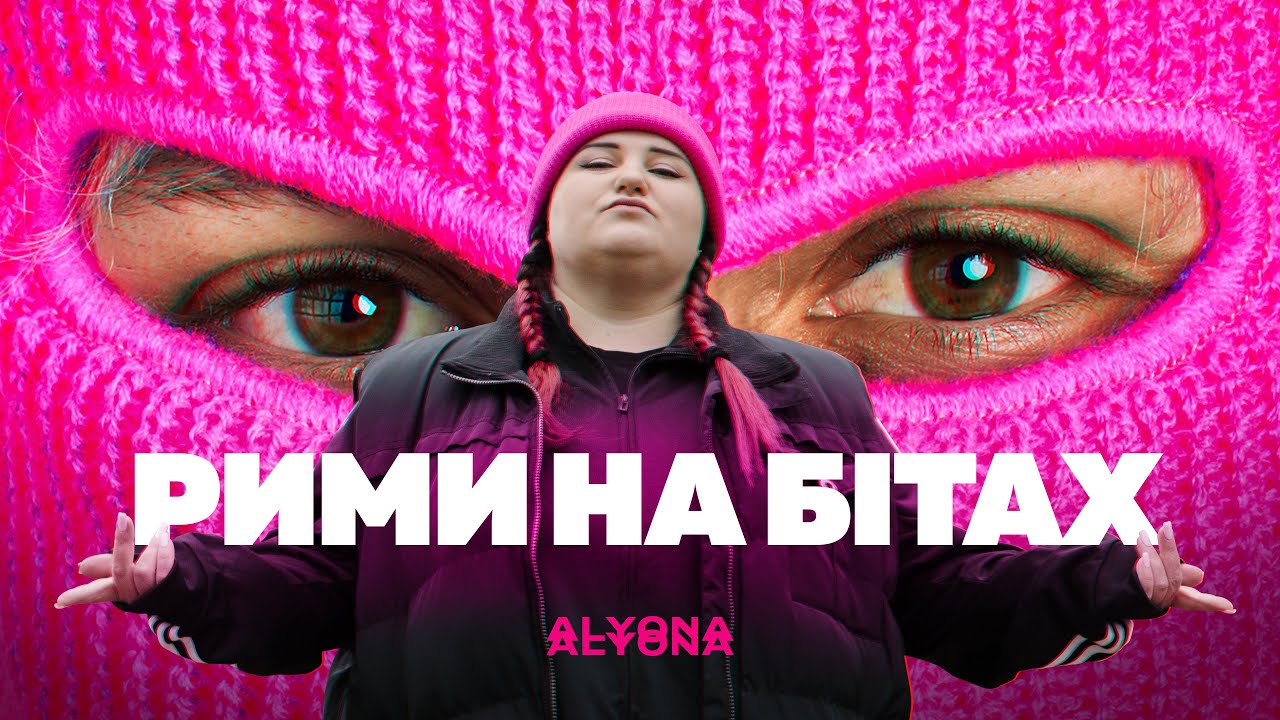 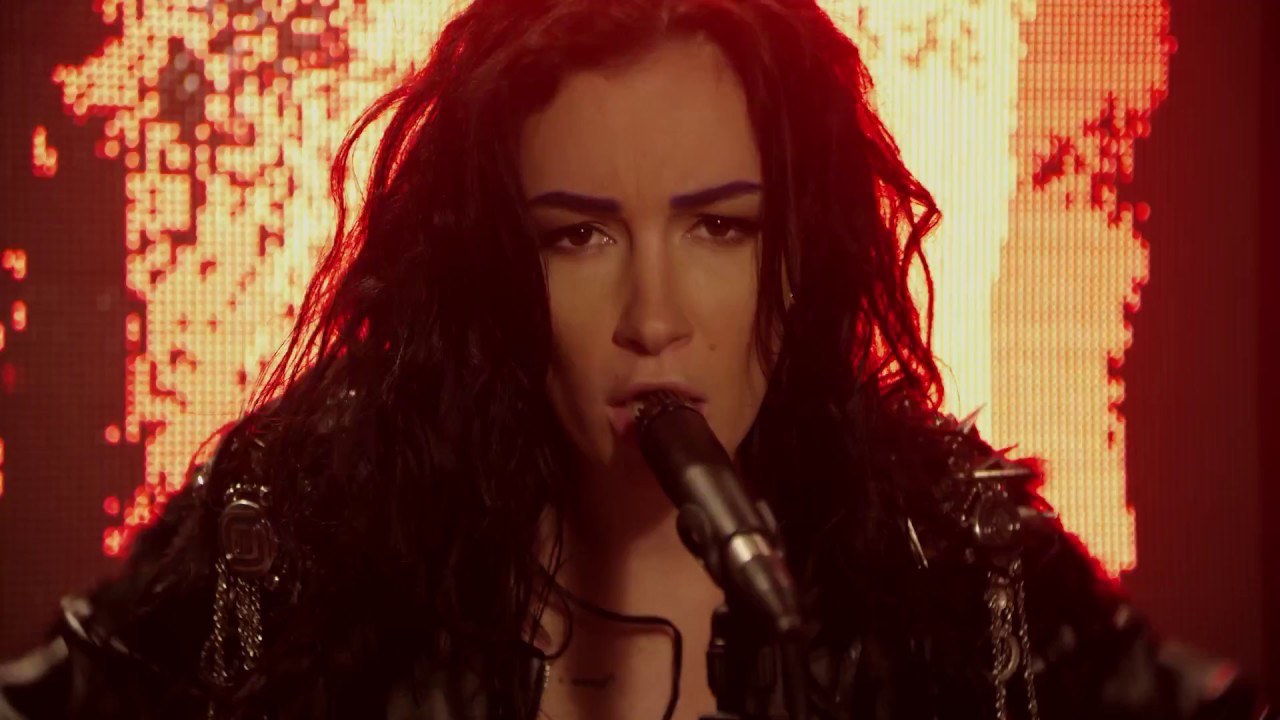 I really need a better translation!

And Here more on Anastasia. 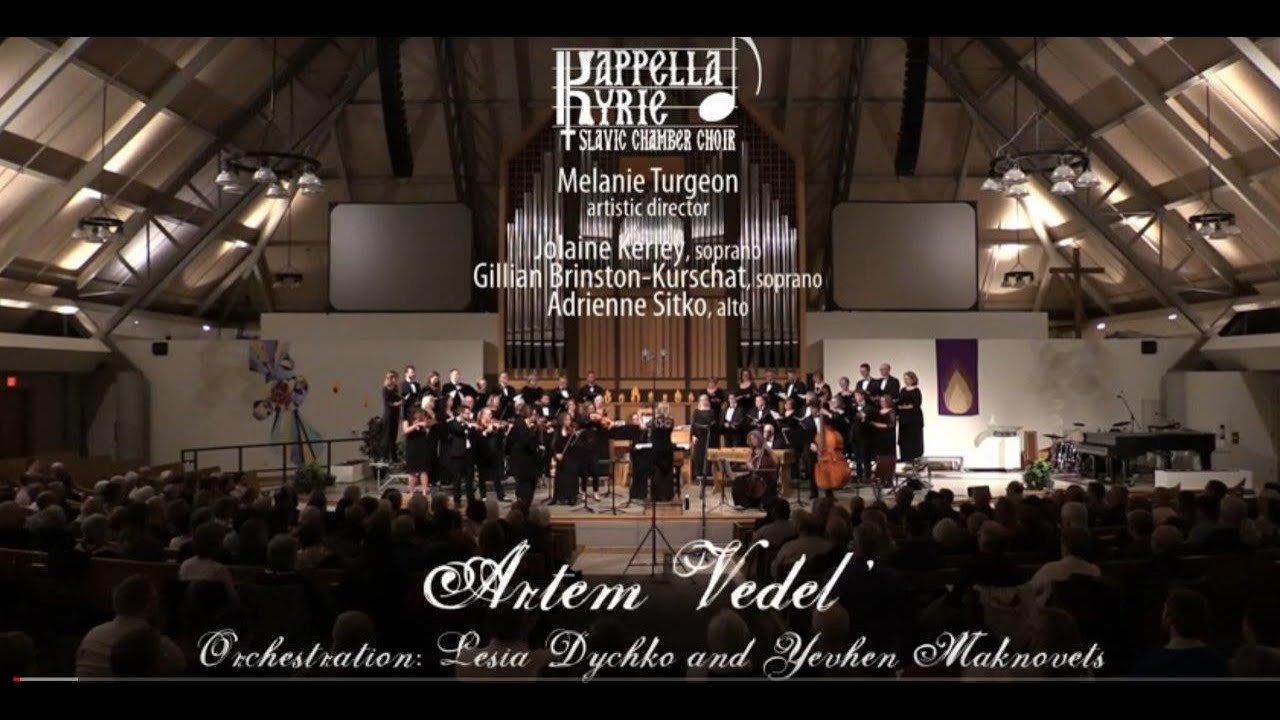 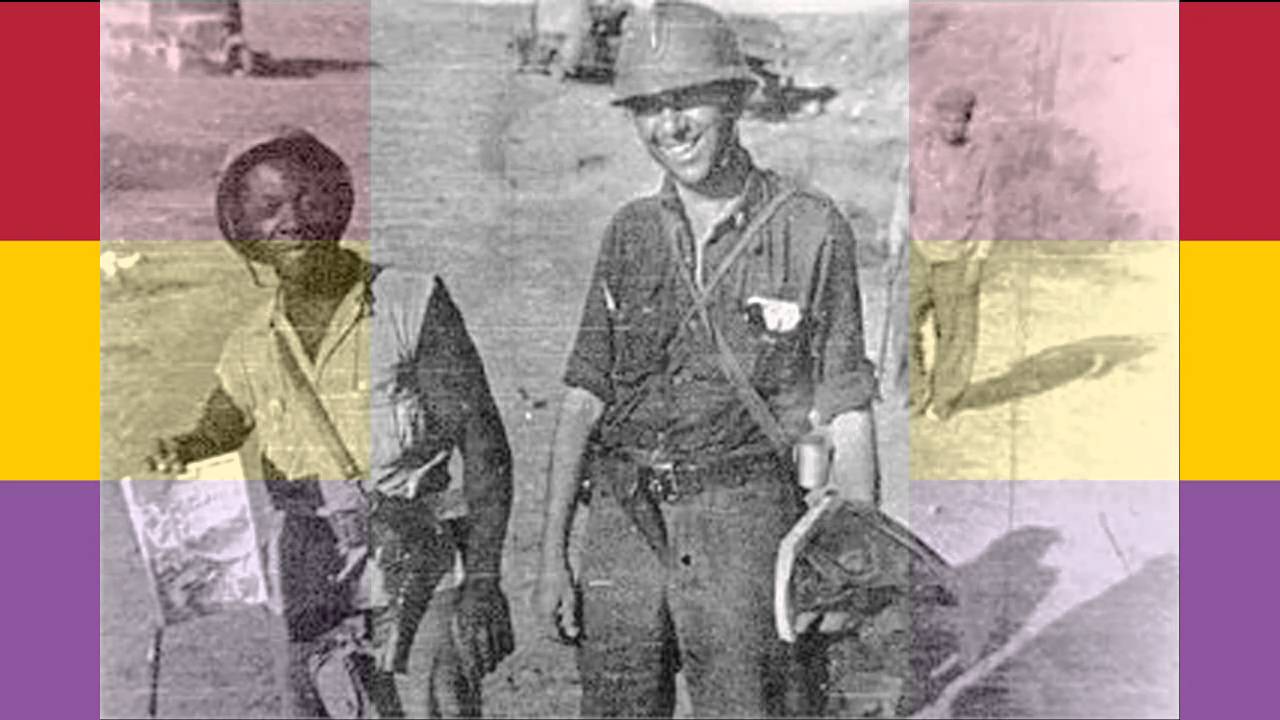 Not Ukrainian but for me Putin’s War of 2022 and offers of international help not governments but from individuals reads to me like the Spanish Civil War and the support of wider community to fight fascist forces. The International Brigades came in from all over the world to fight Franco and to an extent Hitler. Sadly Stalin, the Russian dictator feared his lack of control of the International Brigades, and help destroy them

Dmitri Shostakovich – I feel eternal pain for those who were killed by Hitler, but I feel no less pain for those killed on Stalin’s orders. I suffer for everyone who was tortured, shot, or starved to death. There were millions of them in our country before the war with Hitler began. The war brought much new sorrow and much new destruction, but I haven’t forgotten the terrible pre-war years. That is what my symphonies are about, including Number Eight.’ 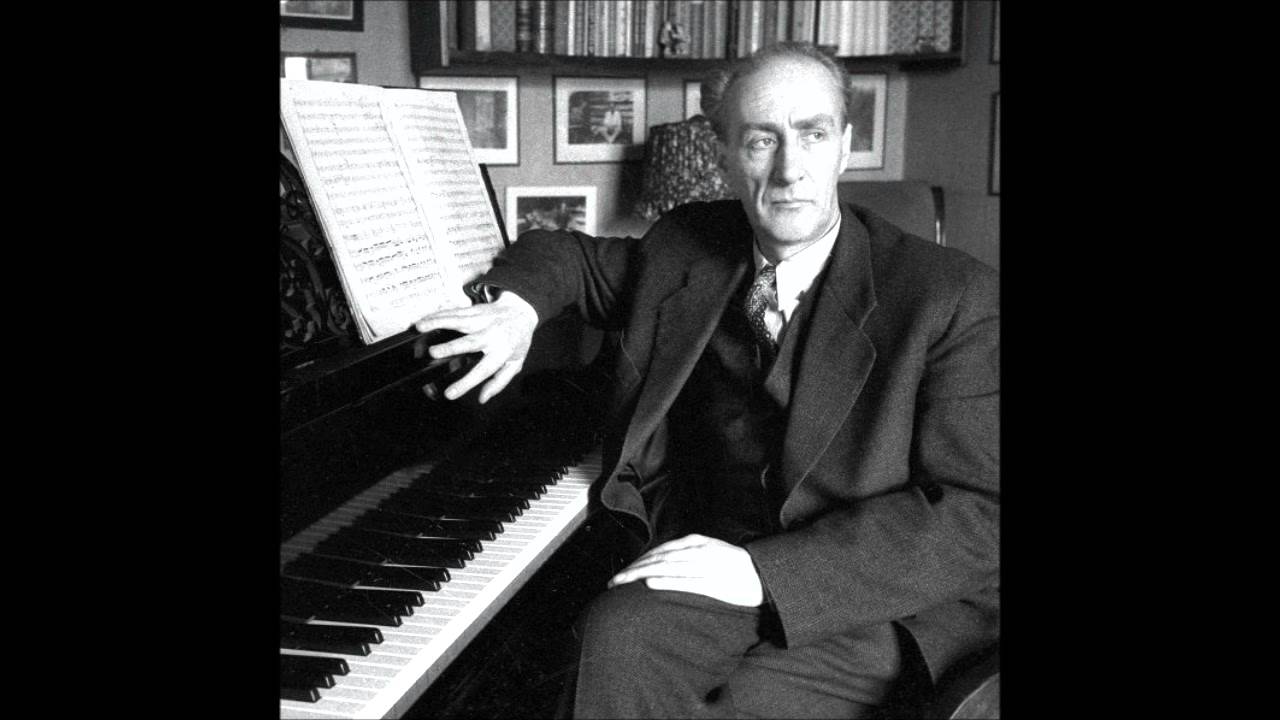 Now we return to normal service 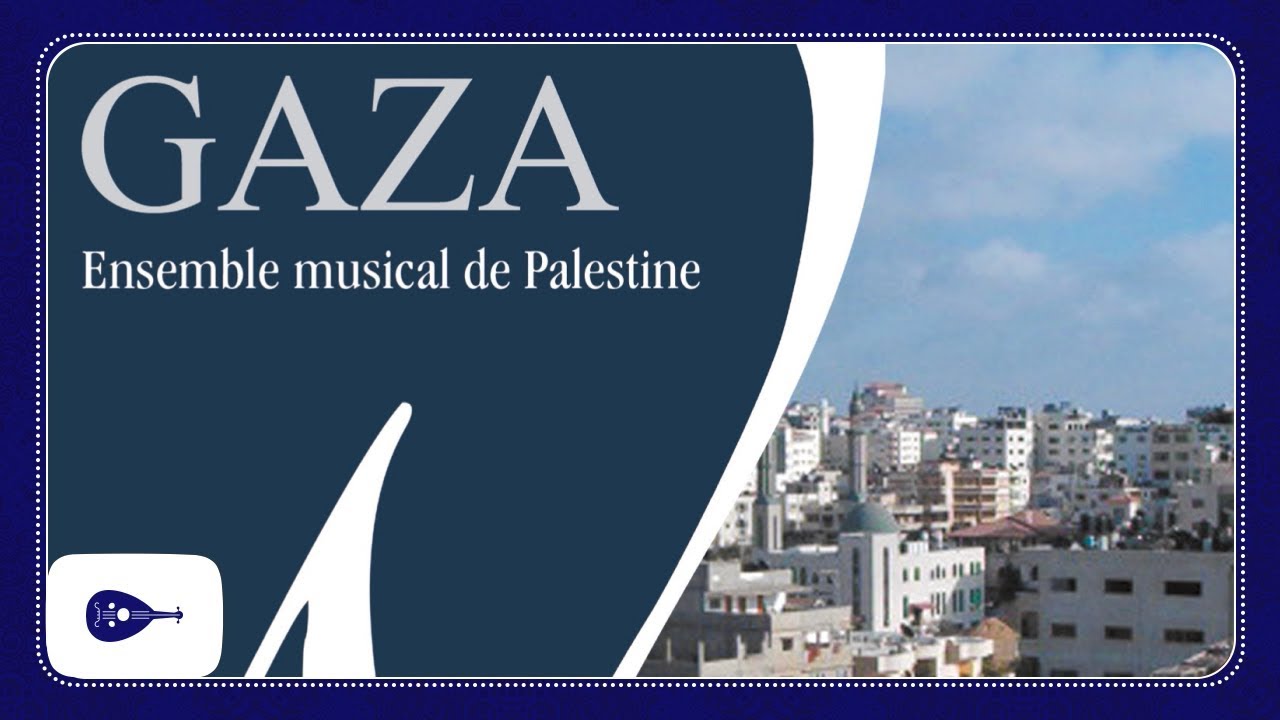 Toots and the Maytals – Louie Louie

Jungle Brothers – Straight Out the Jungle (1988) 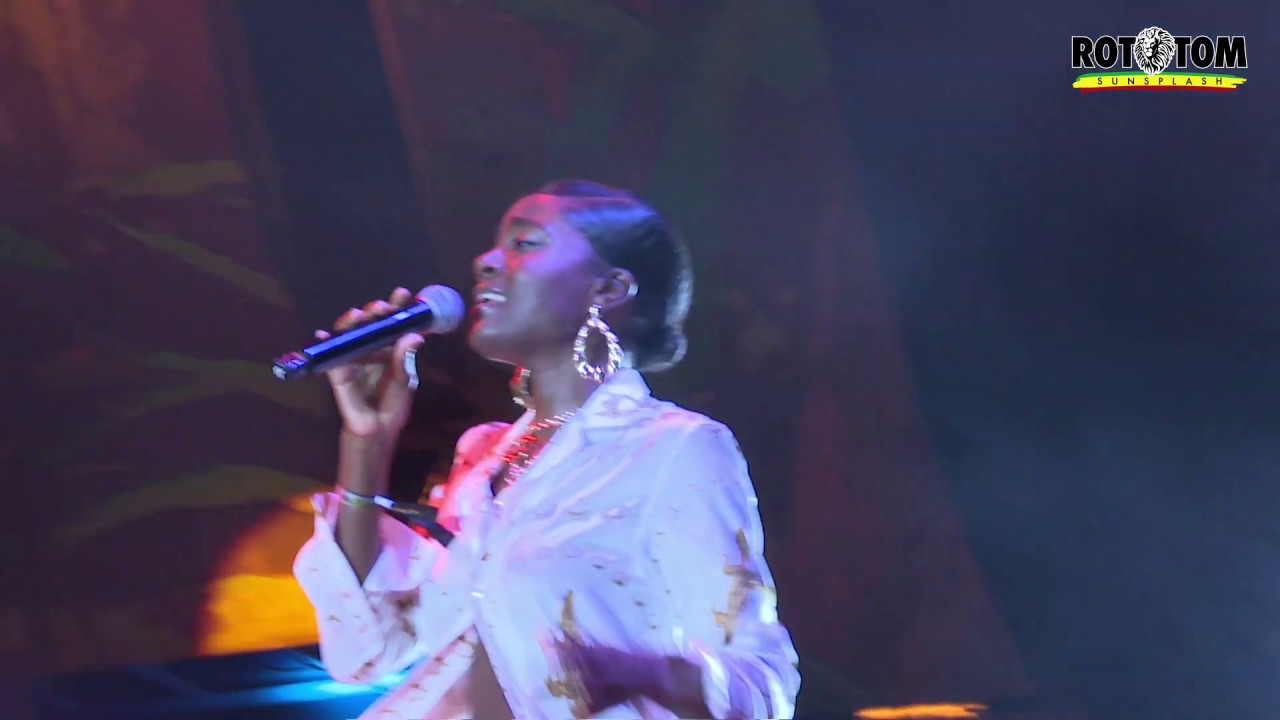 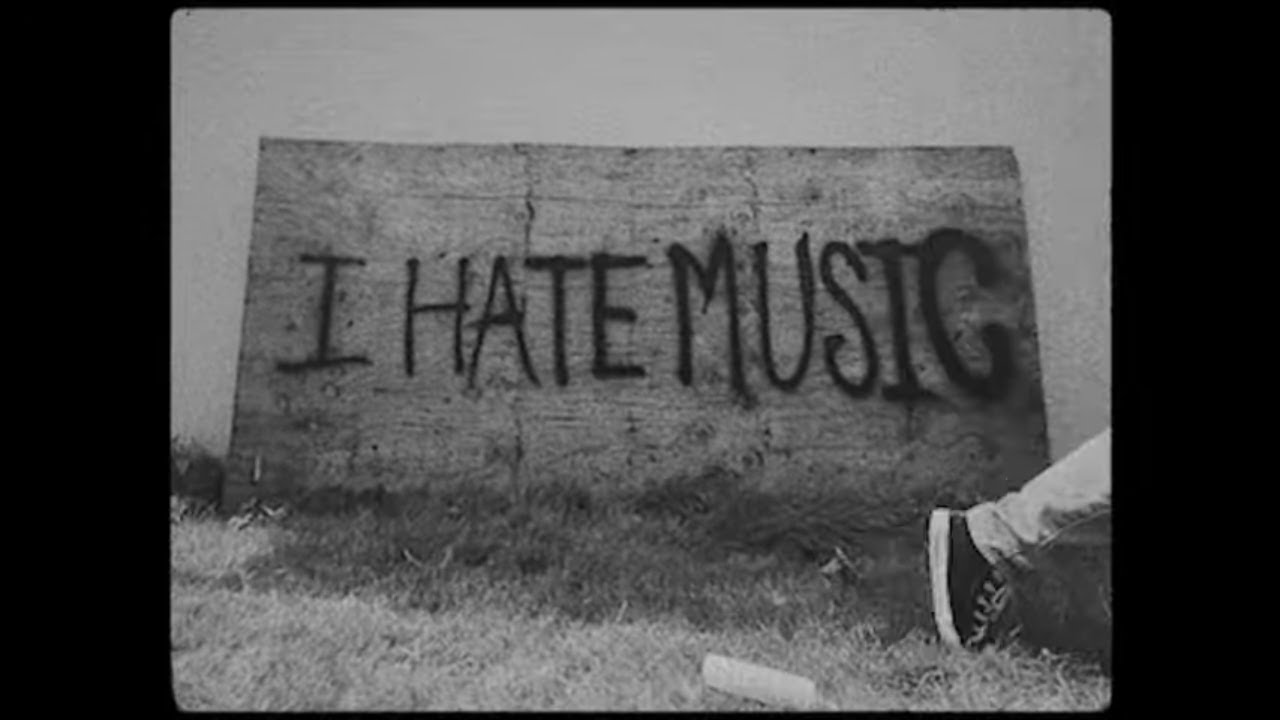 The Replacements – Sorry Ma, Forgot to Take Out the Trash (1981)

The Dubliners – Originals: Three Original Albums from the Transatlantic Label

The Dubliners – At Their Best

The Dubliners – The Transatlantic Anthology (Live) 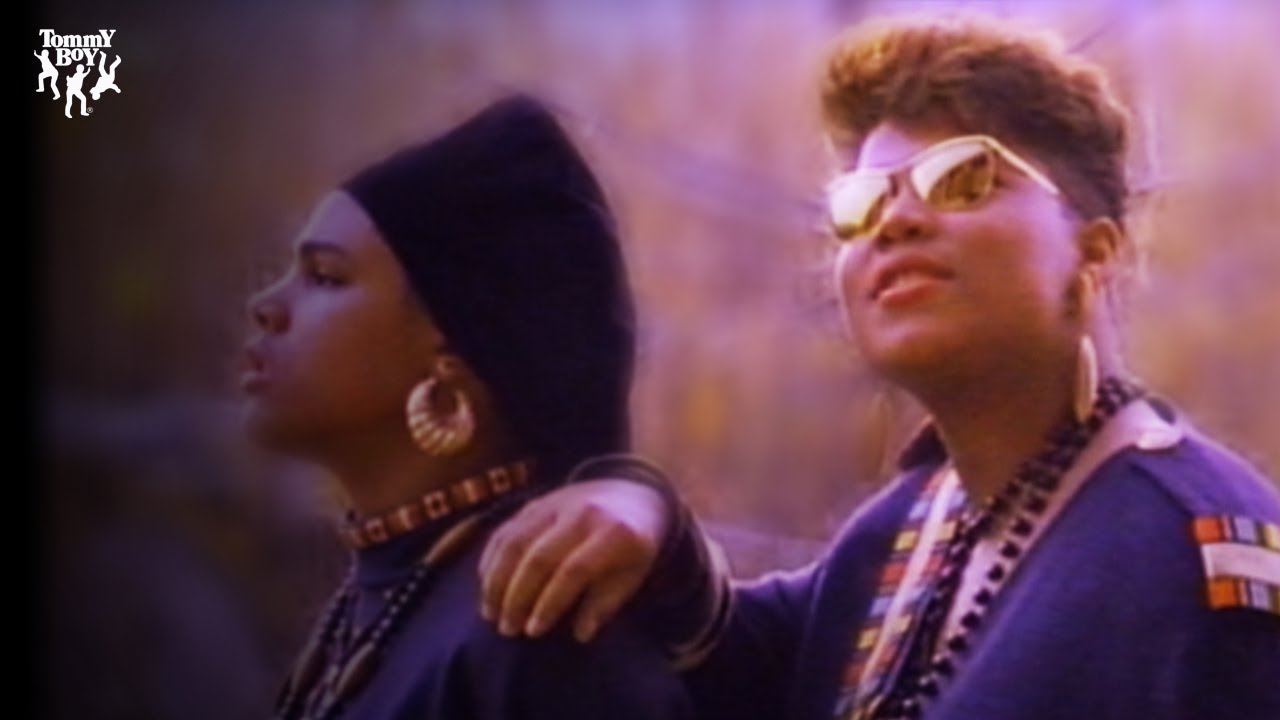 The Impressions – Finally Got Myself Together 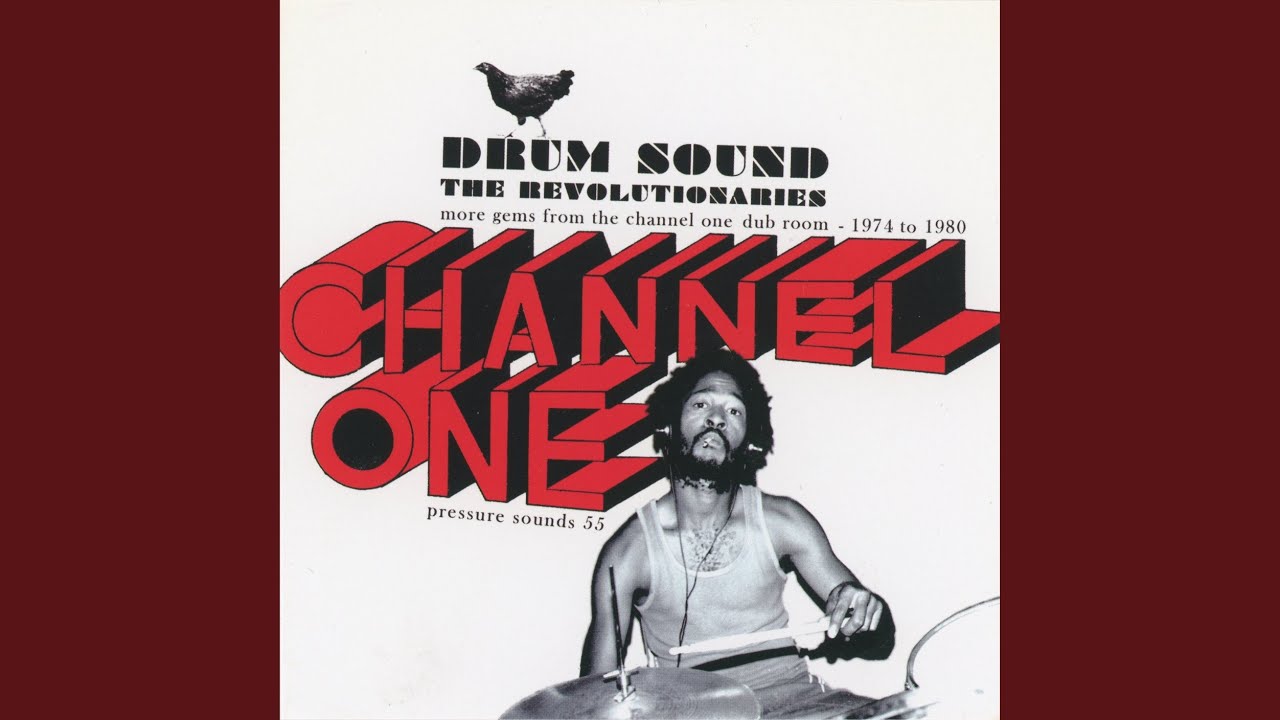 The Jam – Fire and Skill

The Jam – In the City Remastered

The Birthday Party – Prayers on Fire

Elvis Costello & The Attractions – Beyond Belief

Elvis Costello and The Roots – Wise Up Ghost and Other Songs 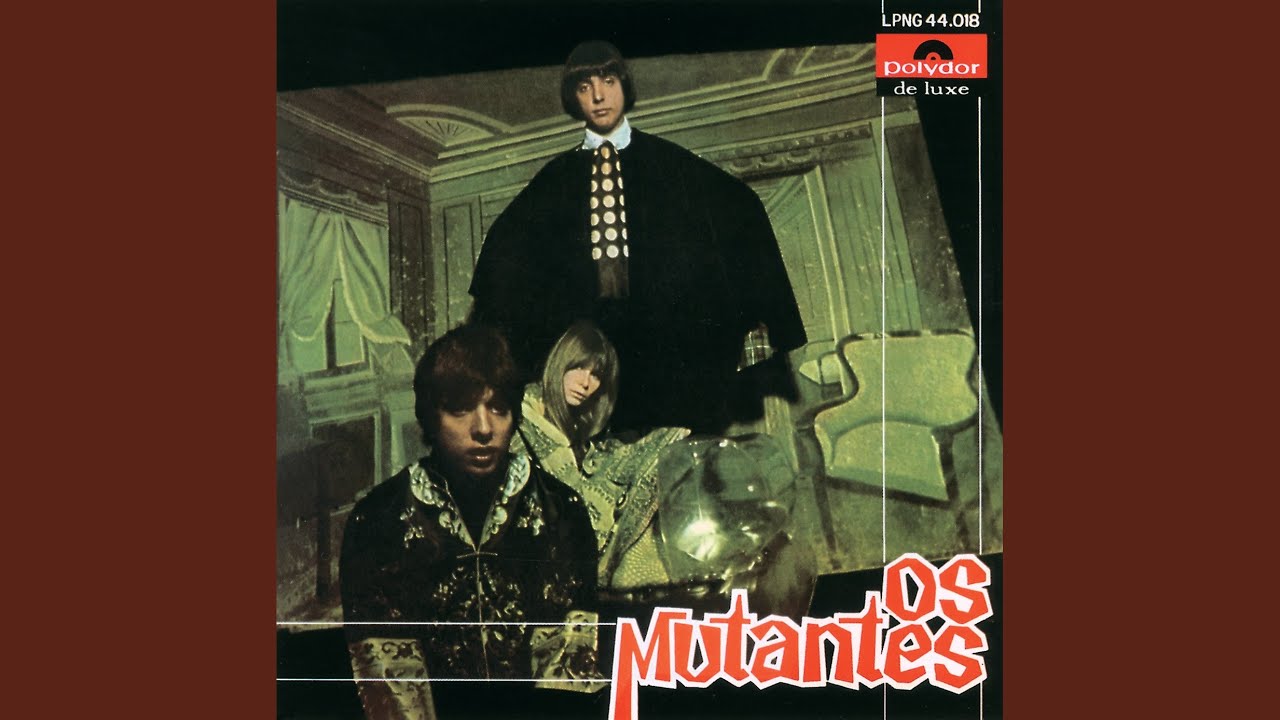 Vodou – Ritual Possession of the Dead

I add to this list almost daily, so do please check back.

And don’t forget to read the free chapters from my debut novel, The Water Meadow Man – a novel about hope.

The Water Meadow Man is available from Amazon in paperback and Kindle.